Geneseo was fortunate to have alumnus Tom Ingrassia back on campus for a week as part of a writer-in-residence program.  He made several campus presentations, including a reading of his book One Door Closes:  Overcoming Adversity by Following Your Dreams and a class visit with students from Professor Cathy Adams's African-American History since 1877 course.  Tom spoke with the students about "Motown and the Civil Rights Movement", drawing on his personal experiences as former Creative Director and Executive Assistant for Mary Wilson of the Supremes.  His visit to campus was profiled in this article from the Genesee Sun.
Posted by Joe Cope at 12:21 PM No comments: 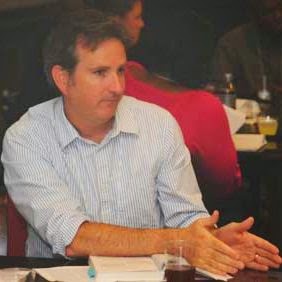 Professor Michael Oberg has been featured in a number of recent events in connection with two major forthcoming research projects on the 1794 Treaty of Canandaigua and the 19th century missionary Eleazer Williams.  This past week, Oberg was one of the featured panelists on "WXXI Connections with Evan Dawson", a local program that airs on Rochester's NPR affiliate.  You can listen to his discussion of the Treaty of Canandaigua here.  Earlier this fall, Oberg also wrote an editorial about the controversy centering around the problematic stereotypes associated with the Washington Redskins nickname for the Albany Times-Union.  His essay can be read here.
Posted by Joe Cope at 12:09 PM No comments:

The department congratulates Professor Tze-ki Hon on the publication of his new book Teaching the I Ching (Book of Changes).  The book is co-authored by Geoffrey Raymond and is available from Oxford University Press, with more detail available here.

Professor Hon is one of the department's most active scholars, and has been honored on several occasions by the College for his work.  This includes a 2002 SUNY Chancellor's Award for Excellence in Teaching and a 2011 SUNY Chancellor's Award for Excellence in Research and Creative Activities.  He has also held international appointments at the Modern East Asia Research Center at the University of Leiden and at the International Consortium for Research in the Humanities at the Friedrich-Alexander University of Erlangen-Nuremberg.
Posted by Joe Cope at 11:48 AM No comments:

Geneseo hosted the New York State Association of European Historians' Annual Meeting for the first time since 1998 over the weekend of October 3-4.  Scholars from across the state and country participated in this academic conference, with several panels devoted to the hundredth anniversary of the outbreak of World War I.  Geneseo alumni Todd Goehle, Kristin Burger Cruz, and Rick Fogarty presented original research at the conference and Professor Helena Waddy gave the keynote address on "Romantic Royals:  The Anglo-German Connection from Britain's George IV to Bavaria's Ludwig II".
Posted by Joe Cope at 11:04 AM No comments: 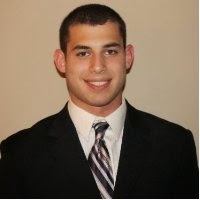 May 2014 graduate Alec Tare was named recipient of Phi Alpha Theta's Lynn W. Turner Prize.  This is the highest national award granted by Phi Alpha Theta (the history national honor society) for a piece of undergraduate research.  Alec's paper was based on the senior thesis he wrote under the supervision of Professor Justin Behrend, entitled "Nobody Should Use Them Ill...Strike One and Strike All:  Patterns of Evolving Resistance among Slave Trade Sailors during the 18th Century".  Congratulations to Alec! 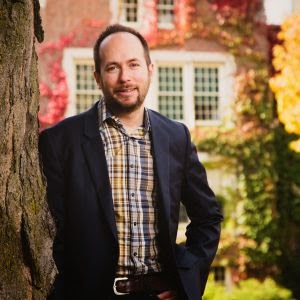 The History Department is pleased to welcome Professor Ryan Jones as our newest tenure-track faculty member.  Ryan comes to us from Washington University in St. Louis where he spent a year as a visiting professor.  With a Ph.D. from the University of Illinois at Urbana-Champaign, Jones brings expertise in Latin American history, cultural history, and the history of gender and sexuality.  Ryan came to Geneseo as part of a cluster hire in Latin American Studies that included searches in the departments of History, Political Science and International Relations, Anthropology, and Languages and Literatures.  You can learn more about Ryan and the cluster hire here.
Posted by Joe Cope at 11:59 AM No comments:

History faculty member Joe Cope and Rob Doggett from the English Department escorted a group of Geneseo alumni on a ten day learning trip to Ireland in July and August.  The trip featured visits to a number of sites of historical and cultural interest, including historical walking tours on the Gaelic Revival and 1916 Rising in Dublin, a tour of Derry's 17th century city walls and sites associated with the Troubles, a free day in Sligo, and tours of the Connemara District.  In the summer of 2015, Tom Greenfield from the English Department will be organizing a similar trip, which will also allow alumni to interact with students in Ireland as part of a four week study abroad course run by Doggett and Cope. 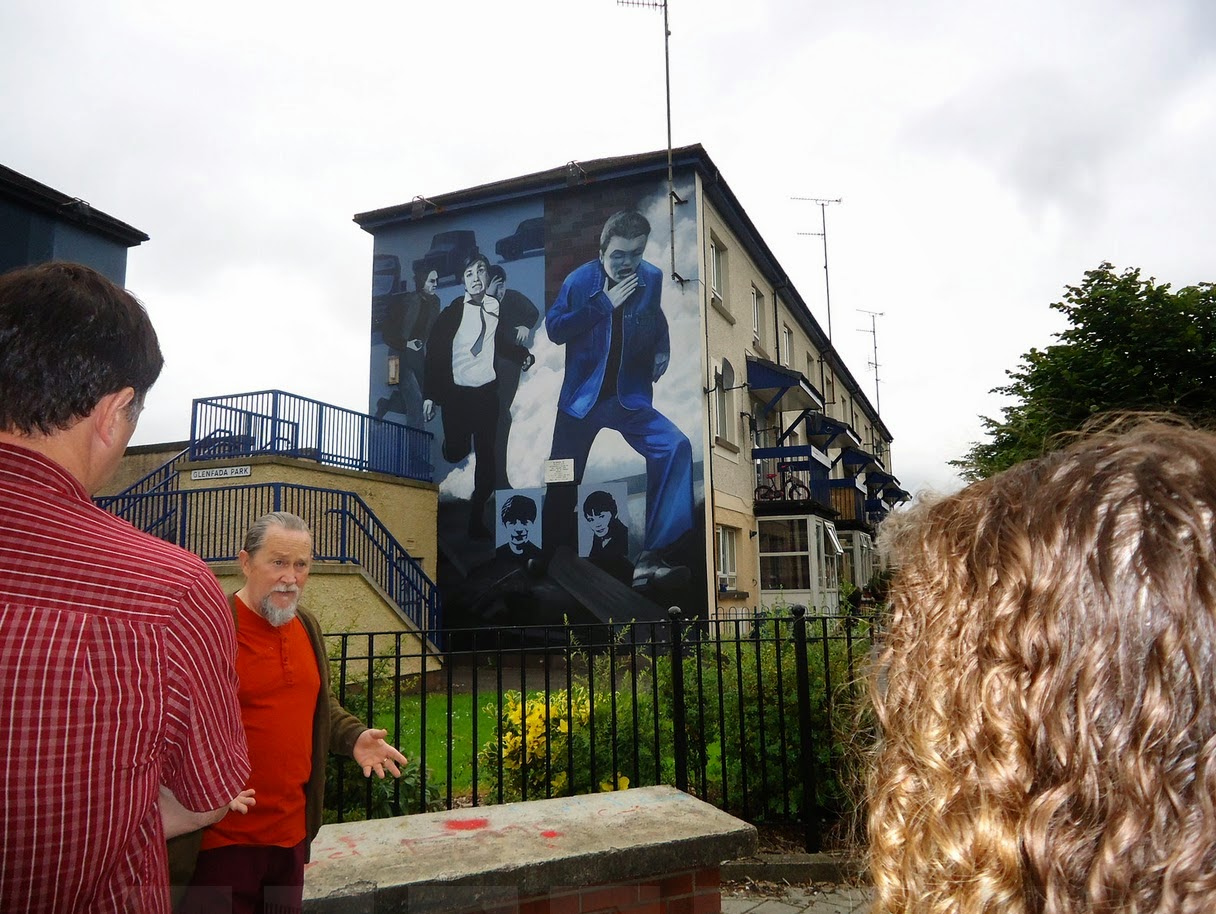 For the second consecutive year, a Geneseo History major has won the Consortium of Public Liberal Arts Colleges' David J. Prior Award.  Sherry Leung joins last year's winner, Cory Young, in having been honored for her essay on civic engagement and liberal arts education.  Profiles of Sherry, Cory and other Prior Award winners can be found here.

The College has also put together a video featuring Sherry reading her essay: 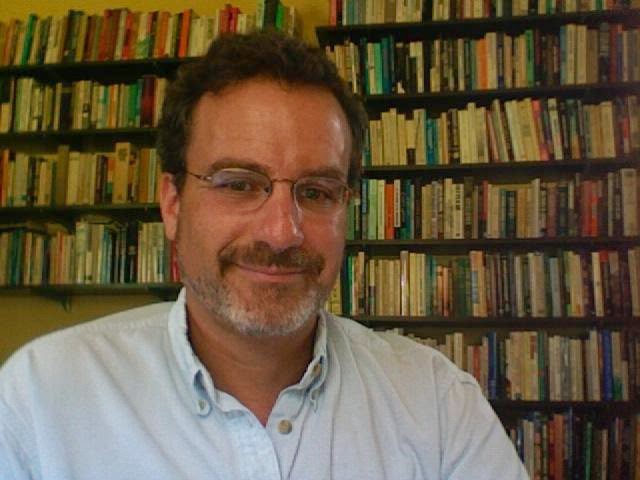 The press release can be found here.
Posted by Joe Cope at 10:28 AM No comments: 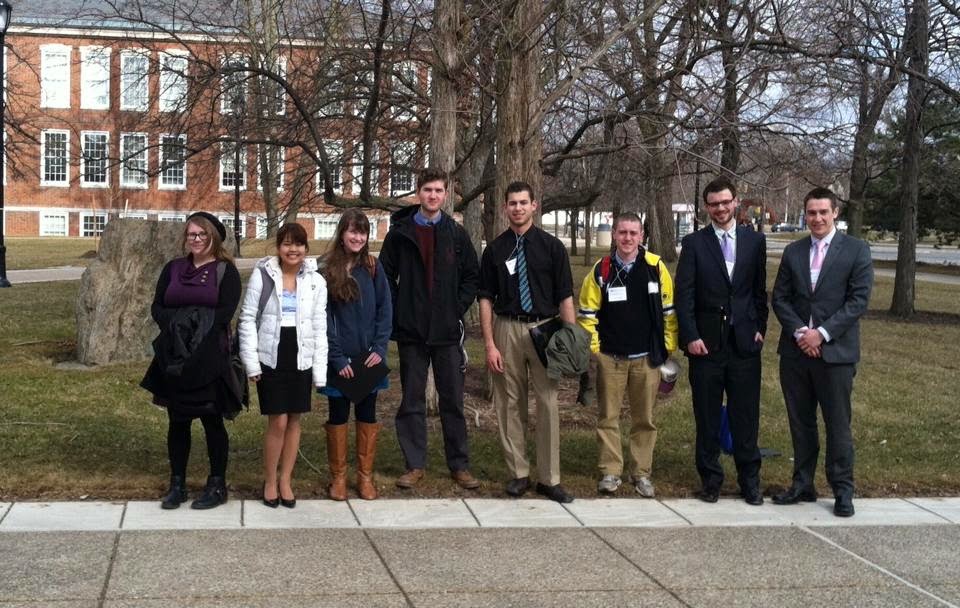 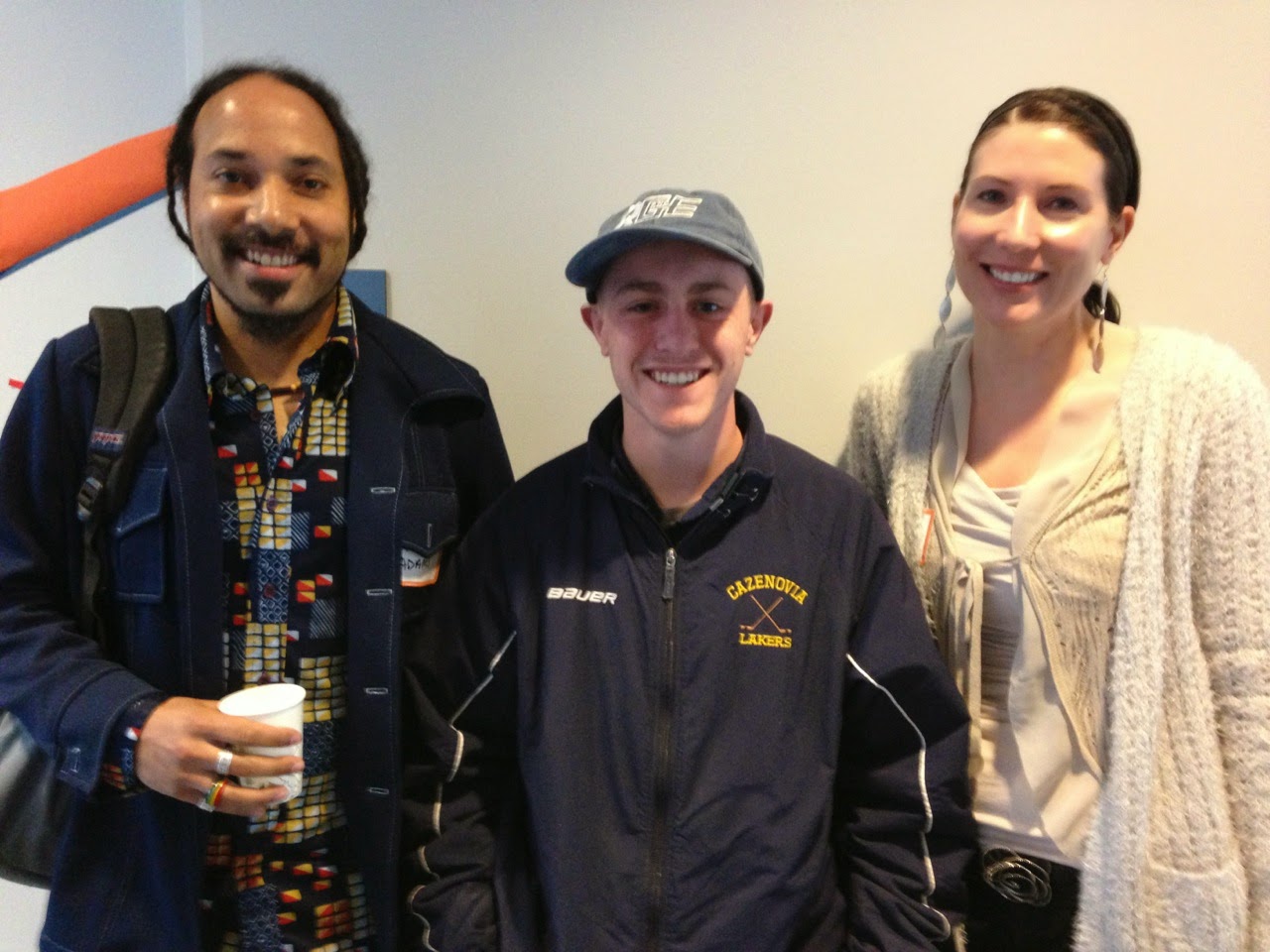 On Friday, March 14, the History Department hosted its first "Teachers' Day" event.  Conceived of as an opportunity to put Geneseo History faculty in touch with local high school educators, the event attracted 45 teachers representing districts in Livingston, Monroe, Genesee, Steuben, and Wyoming Counties.  Morning workshops led by Joe Cope, Justin Behrend and Cathy Adams focused on early modern European expansion and colonialism and the abolition movement.  In the afternoon, teachers had the opportunity to tour the Livingston County Historical Museum in Geneseo and heard a keynote address entitled "Six Things New Yorkers Should Know about the Iroquois" by Michael Oberg.  This event was made possible thanks to generous contributions to the History Department by Geneseo alumni Joe and Elaine Bucci; high school teachers were able to attend the event free of charge thanks to this support.  Press coverage of the event can be found here.

Fall and Winter 2013-4 Events and Accomplishments

In October, the History Department hosted the annual Bill Gohlman Memorial Lecture in Global History. We had Tim Nicholson (class of 2004 and currently Assistant Professor at SUNY-Delhi) on campus to speak on "East African Students in a Post-Imperial World".  We had terrific student turnout for an impressive presentation on Tim's research on Cold War-era Tanzania and it was nice catching up with another successful alumnus of the College.

Also in October, two History majors traveled to the Council of Public Liberal Arts College's annual undergraduate research conference at the Massachusetts College of Liberal Arts. Liz Dierenfield presented a seminar paper she wrote for Professor Kleiman entitled “'Oh, Lord, Don’t Let ’Em Drop That PCB on Me': African Americans, Religion, and the Origins of the Environmental Justice Movement" and Christina Kennedy presented on a directed study that she and Stephanie Tyree completed under the direction of Professor Stolee entitled "“Starved to Death: Discerning between Famine and Genocide in 1932 Ukraine”.

In early Two Geneseo History majors also traveled to the Phi Alpha Theta National Conference in Albuquerque in January to present original research.  Alec Tare presented a paper entitled "Knocking off their Irons as Fast as They Could: Slave Ship Rebellions and the Secret Spirit of the Middle Passage," which he wrote for Professor Behrend, and Adam Camiolo presented a paper entitled "Becoming Natick: Praying Towns, Missionaries, and Re-examining  the Covert Spiritual War," which he wrote for Professor Oberg.

Faculty also had a number of accomplishments in the fall.  In addition to the awards and honors noted elsewhere on this blog, Professor Oberg was named McLellan Visiting Distingushed Professor of North Country History and Culture at SUNY-Plattsburgh for the Spring 2014 semester.  Professor Oberg will be on leave from Geneseo in the spring and will have a one week residency at Plattsburgh as part of this program.   Emilye Crosby was named as a fellow with the National Humanities Center for the 2014-5 academic year and received a National Endowment for the Humanities Fellowship award for the 2015-6 academic year.  These leaves will allow Professor Crosby to continue work on a major monograph project entitled Anything I Was Big Enough To Do:  Women and Gender in the Student Nonviolent Coordinating Committee.