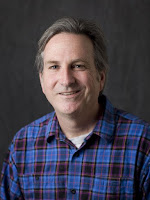 Professor Michael Oberg's newest book, Peacemakers:  The Iroquois, the United States, and the Treaty of Canandaigua, appears in print this week.  Professor Oberg will be appearing at several events this year to commemorate the 220th anniversary of the Treaty.  You can read more about his work and the historical and contemporary significance of the Treaty through this article in the Rochester Democrat and Chronicle.

Professor Oberg also recently was awarded the rank of SUNY Distinguished Professor based on his extensive scholarly work on early American and Native American history.  Oberg has authored multiple books and won numerous awards during his tenure at Geneseo.  You can read more about his work through the College's press release on this most recent honor here.
Posted by Joe Cope at 9:35 AM No comments: